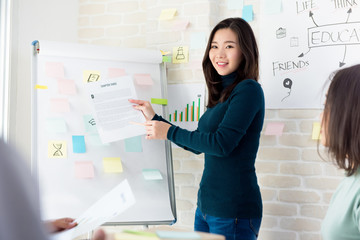 At the end of each semester, my twelfth grade students have final conferences with me. I love them for several reasons (which you can read about here). and one is that I get some pretty solid feedback on my course. This year, something that came across load and clear was that my students really appreciate that I scaffold speaking skills.

We all know that many of our students DREAD speaking in front of their peers. Participating in class discussion is difficult for some, and doing a solo speech or presentation spikes fear in the hearts of most.

I totally get it. I was a shy high schooler who hated to speak up in front of others. And now I do it for a living.

I didn’t get there by being forced to do it by teachers, however. Rather, it was a slow process where I gained confidence and found my voice. Yes, I sweated and trembled through the usual high school speeches and debates, but it wasn’t until I did small group seminars in university that I realized that I could speak in front of others and not only survive – but also feel good about it.

I’m not suggesting that we don’t push our students outside their comfort zones. And I’m definitely not saying that we shouldn’t require speeches and presentations. I do both in all of my classes.

It’s how we get our students there that makes the difference. If we scaffold the skills they need and let them practice in low risk situations, they will gain the confidence they need.

If I (in some parallel universe) decided that I wanted to run a marathon, then I would not lace up my sneakers and go for a twenty-six mile run. Nor would I aim for ten or even five. No, I would huff and puff my way to a one mile and then a two mile run. Only when I felt I could do it without wheezing in pain would I attempt a much longer run.

I do the same thing with speaking assignments with my students.  We take it one step at a time so they can find their stride.

They learn to share in small groups before I expect them to do so in a full class discussion. And, they present to a few friends before they do a speech in front of everyone.

Start with modelling an effective discussion

In the early days of a semester, I do a lot of small group discussions, so students can get the opportunity to share their ideas in front of a few people, rather than the whole class. We do group work all year, but these first sessions are designed to teach them what a good discussion is.

One thing I learned early in my career is that we can’t assume too much – like that our kids know what an effective discussion looks and sounds like. So, I have a series of activities that I do to teach them how to make the most of their time in groups. You can read more about that here.

During my conferences in January, many kids commented on the fact that their first speech was to a small group rather than the whole class. They said that this -as well as the small group discussions – helped them build the confidence they needed to do their final speech in front of the whole class.

Their first speech was a rant that we did early in the semester. And, not only did they present to a small group, we also worked in class on the process of delivering a quality speech.  Students wrote their drafts and practiced their delivery with a partner before they did the final one in front of me and their group. It’s an activity that works really well, and you can find out more about the process here.

Finally, at the end of the semester, they did a rhetorical speech based on Martin Luther King Jr’s I Have a Dream speech. We follow a process similar to what we did with the rant, but this time, they present to everyone. They are still nervous, of course, but most are feeling more confident than they ever have at a podium because they’ve had a chance to scaffold the process.

It’s a satisfying thing to hear your students thank you for building their confidence as speakers. Many of them still quake in their boots at the thought of standing up in front of everyone, but at least now they know that they can do it.

What about you? Do you have any tricks and techniques for guiding your students through the speaking process? Let us know in the comments!