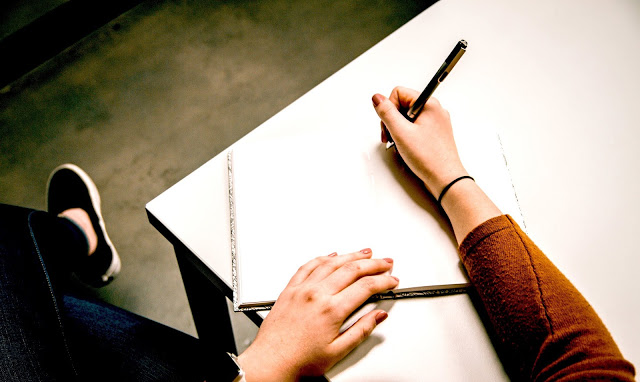 What do you do for a final assessment for reading and writing workshop? Do you still give an exam?

My department has been going through an evolution with this over the past number of years, and I feel that we are finally at a point where we have an authentic final assessment for workshop that puts the focus on the individual student’s learning, one that is more in line with what we do every day, rather than an assessment that was designed for a different approach we no longer use.

So what do we do?

Our finals are happening this week (the end of January), but the process begins just before the Christmas break with the multi-genre project. Students explore a question or idea through reading and writing. They use their reading to look for answers and evidence; then, they write about their conclusions in both a formal essay and several pieces of creative writing. (You can read more about the process on this blog post).

The reading component of the MGP is passed in a few days after the kids return from break, which gives me time to give them feedback and return it before they begin preparing for their final assessment. 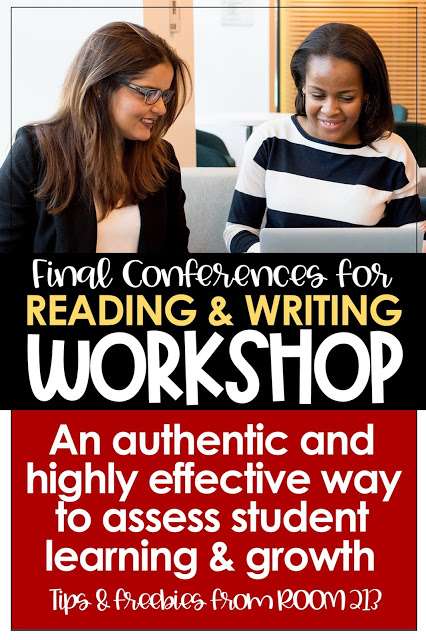 The writing component of the final assessment comes in a few days before the end of class. As they are working on this, students are instructed to go back through all of the feedback they have gotten over the semester to ensure that they are continuing to improve their skills as writers. The final assessment melds their work on this assignment with a one-on-one conference with each student.

Here’s how that works:

Two weeks before finals, students are given a handout that explains the process leading up to and during the final conference. They had to:

1. Look back at the baseline assignment they created in September and annotate it to illustrate how they would improve it if they were to re-write it. Usually, at the beginning of the semester,  I ask them to write a letter to themselves to be read at the end of the semester. It’s a great goal-setting exercise that also shows who they are as a writer when the course starts. Then, in January, they look at it and think about how they would improve it, knowing what they know now about writing. I don’t require that they actually make the changes, as they already have enough writing to do. However, by showing me their revision process, I can gain insight into what they have learned, especially as they do it with a piece of writing that was written at the beginning of the course.

2. Reflect on their growth as readers, writers and speakers. Students went through their “stuff” to take an honest look at how they had grown. They had quite a collection of evidence to review: goals sheets, notebooks, assignments, drafts, revisions, and lots of feedback. Plus, because of the way the class evolved, most had a pretty good sense of where they were as English students.

3. Submit evidence of their growth on Google Classroom: I created an assignment called “Final Conference,” and they had to upload any assignments that they wanted to use as evidence during our final conference. They could take in paper copies as well.

4. Prepare for a ten minute conference. During their ten minutes, they do most of the talking, explaining to me how they grew – or not – in each of the three areas.

Ok, I know what you’re wondering: isn’t this a lot more work for the teacher than just grading a two hour exam?

After just completing this process, I can honestly say no. And – I can’t stress this enough – the conferences were SO enjoyable and they gave me way more insight into my students than those finals ever did.

Let me explain why it didn’t seem like more work:

1. It was a month long process that had time built-in for me to get the work done. Remember I said this began just before Christmas break? The reading component of the MGP was passed in January 7th and the writing component was passed in two days before the conferences. This gave me time to assess their work.

2. The final three pieces of writing were marked holistically. Each one was designed to explore their MGP topic, and the three pieces were preceded by an introduction that explained how each one did so. They also had to annotate a few things (best example of idea development and deliberate use of language).  Finally, they had to submit the pieces in order of favourite to least favourite. I was reading some highly engaging writing, looking for only a few things – their ability to focus on and communicate their learning about the topic, their ability to develop an idea, and their ability to use language deliberately and effectively. I also had a corresponding checklist that made it easy to grade quickly.

3. The kids are doing most of the work. They need to come to the conference with evidence of their growth and they need to spend the ten minutes illustrating that to me. The process puts the onus on them to be reflective on what they learned during their time with me, rather than me trying to decide that while reading a final exam (and there are so many reasons why those don’t tell the whole story).

4. The final conferences are deeply satisfying. I have spent years where exam periods were times of utter drudgery as I read paper after paper on the same topics. It’s not the most exciting way to spend your time. Then, we moved to a final project or presentation. That was much better, but still a little repetitive. Today, I sit here feeling so good about what happened over the last two days with my conferences. The kids were brutally honest and gave me so much insight into themselves and our course. They spoke about their favourite books, their struggles to balance reading with other work, and the excitement they felt when they discovered that they actually liked reading. They used terms like diction and fluency when describing their writing, and almost all referred to strategies they used to conquer their fears as speakers.

Most came to their final assessment very prepared and spoke of their struggles and victories — very accurately. There were some who did not come with much evidence, but they’d be the same kids who wouldn’t do much on a pen and paper exam either. Even with these kids, I had great conversations. That was the best part; as with any conference, when you get kids one-on-one, you get to talk to the real them, not the ones that feel the need to be different in front of their peers. What’s great about this final conference is that we know each other pretty well by this point, so the conversations were easy. And, it was the perfect way to say a final good-bye to students who were “your kids” for the last five months.

In the end, it probably took the same amount of time it would take me to grade an exam. Most of that work happened before finals week, and it was SO much more enjoyable than reading exams ever was.

Have I convinced you? Would you like to give this a try? Click here and I’ll send you some organizers and other things to help you get started on this highly effective and satisfying way to assess your students.

By the way, you don’t need to be doing a multi-genre project to use this process. You can do a final conference independently of anything else you have planned for the end of semester.

What kind of final assessments do you use for reading and writing workshop? I’d love to hear all about it in the comments.