It’s something I’ve been guilty of for many years. I’d assign a speech or seminar and teach students about how to create content only. I would remind the kids that they needed good pace, volume and eye contact, but I didn’t devote any time to teaching the speaking process.

The irony of this is that I’ve always put so much emphasis on the learning process in my classroom. I’d devote hours to showing kids how to think and read critically, and the steps of the writing process were always a given with any assignment. But public speaking? Nadda. 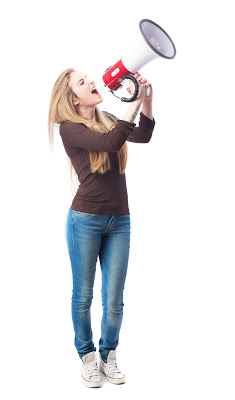 So, last week, I decided to really focus on the process a student should follow when writing and delivering a speech. I decided to start with a rant, a satirical look at something in human nature that is silly, inconsiderate or rude. I chose this genre because most students get the shakes when we mention public speaking, so I wanted something that they would engage with — and what teenager doesn’t have something they can rant about?

The lesson began with a quick-write: what grinds your gears? What are some things that humans do that drive you crazy? Why does it? Students wrote for five minutes and then I asked them to find a partner to share their ideas with. However, this went beyond the usual turn and talk. Students were given a rubric and, as they listened to their partners share their pet peeve, they had to give them feedback on their ability to explain their ideas, their eye contact, pace and volume. I kept it pretty simple so they could concentrate on the basics. Several of them wanted to form small groups rather than partners, which worked just as well. In fact, the groups ended up having some heated discussions about their pet peeves. 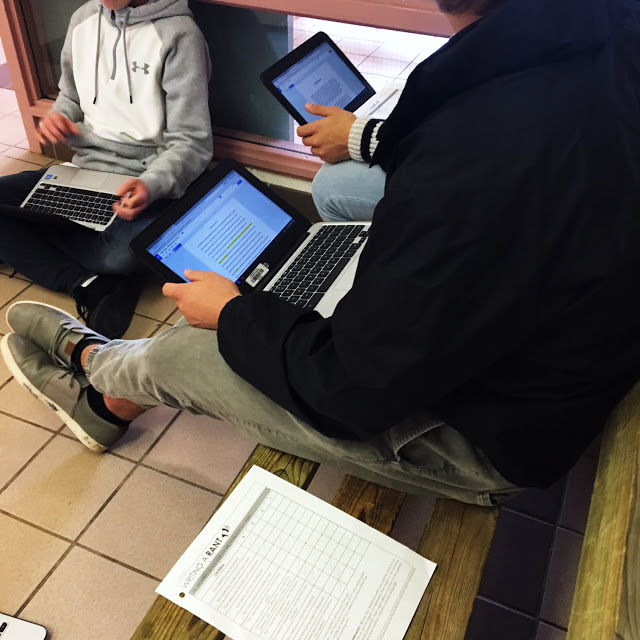 Next, we discussed the concept of a rant and learned about verbal irony and sarcasm — and how to use it constructively rather than critically. We watched a few, then students were guided through a pre-writing process that had them think about how they could use their pet peeve to write a rant. Once they had a draft, they submitted it to me on Google Classroom. They had to highlight two places where they used verbal irony, two uses of strong verbs and one area where they felt they needed help.  I looked at the highlighted areas only and gave them feedback — a process that didn’t take very long.

The next step in teaching the speaking process was where most of the learning happened. Students paired up and had to listen to each other deliver their rant. The student who was listening used their partners phone to film the rant, and also used another, more detailed rubric, to assess their content and delivery. Then, after the rant was finished, they watched it together and discussed the feedback. I let them spread out through the classroom. Some went in the hallway, while others went to the various stairwells in the school. All of them got a chance to practice their speech in a low risk situation.

Yesterday, I began to assess the rants. Because it’s their first speaking assignment, they delivered them in groups of five. While each group was with me, the other groups were discussing themes in their independent novels. After each group finished their rants, they rotated back into the novel discussion groups.

The end result? I was very impressed. The students wrote very effective and entertaining rants and their delivery was quite good for their first attempt. I noted that they did a much better job of using their voices and body language for emphasis, but the majority need to improve their eye contact. That’s clearly the skill we will need to focus on the next time we do a speaking assignment.

If you’d like to try this assignment in your own classroom, I’ve got it posted and ready to go for you in my TpT store.