Dealing with Cell Phones in the Classroom

My guess is that you have come dangerously close to losing your cool over cell phones in your classroom. Maybe you have even totally lost it with a student who won’t put one away. I certainly have, and instead of risking my job and my sanity, I found some ways for dealing with cell phones in the classroom.

There are many ways that teachers have grappled with this beast, from outright school bans to phone holders on the wall. However, I am going to make a case for not banning them and instead teaching students how to use them responsibly (I’ll give you some ideas for keeping them out of sight too).

There is absolutely no doubt about it. Many students are addicted to their phones and pulling their attention away from it is taking too much of our valuable time. We have students who completely ignore what’s happening in class, and many others who are only half paying attention because they can’t pull themselves away from their texts or snaps or whatever it is they are communicating with by the time you read this.

And then there are the video games…

Students have been able to zone out and go to their happy place as long as schools have existed, but the attention on the hand-welded cell phone is a blatant disrespect that seems to be saying “I really don’t give a crap about what you are doing up there, teacher.” It’s our job to help them learn, so allowing this craziness to continue is, well, crazy.

I agree with all of that. We cannot let it continue. But banning phones from the classroom is not the answer.

Students need to learn to use cell phones responsibly

Before dealing with cell phones in the classroom, we need to acknowledge a few facts:

✔️ Fact One: cell phones aren’t going anywhere anytime soon. And, if they go the way of the walkman and CD player, they will be replaced with something even more entertaining.

✔️ Fact Two: students are addicted to their phones and fear of missing out is a force far more powerful than you are. Exiling phones to lockers or holders on the wall or phone jails doesn’t remove that force. Putting them away only makes the students distracted as they ache to get their hands on the phone to check what’s there. 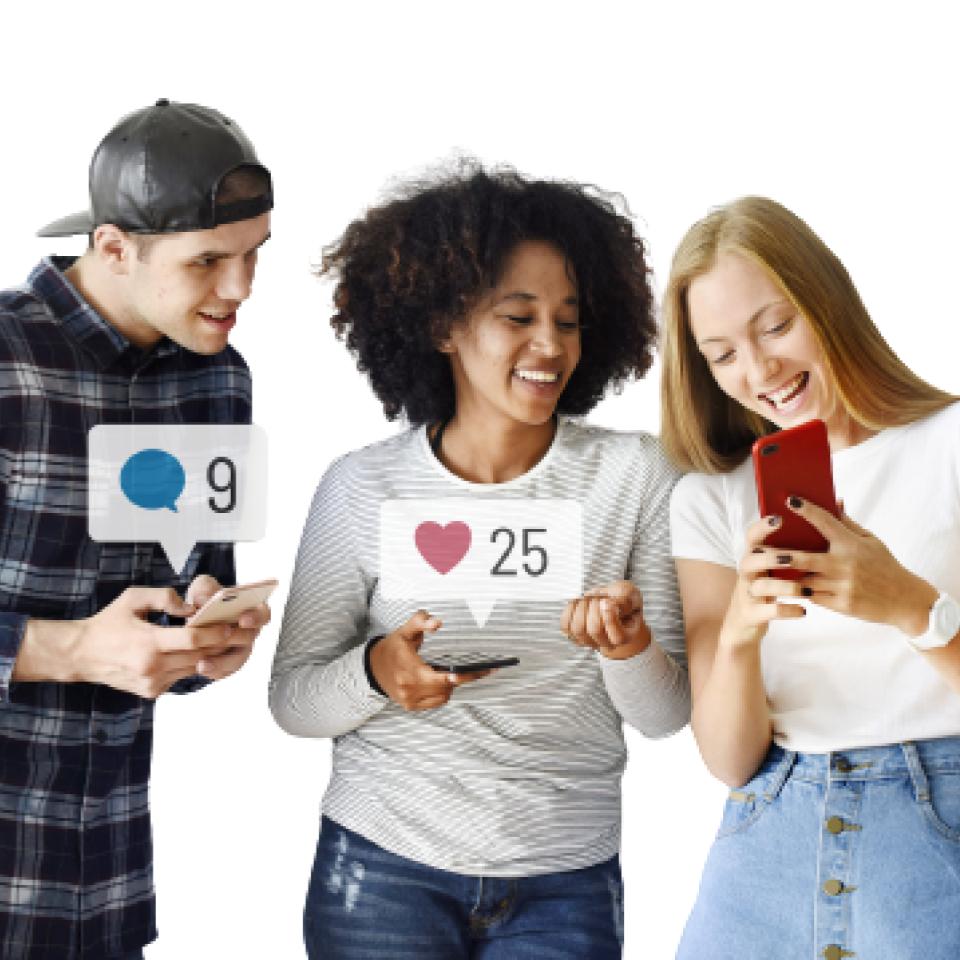 ✔️ Fact Three: one thing that has not changed in the 21st century is that teenagers want more power and control over their lives. When we adults try to exert more of these things over them, they chafe. They get angry and resentful. Yes, the rule followers will do what they are told no matter what, but the bulk of our student population won’t comply just because we say they have to.

Does that mean I think they should have free rein? Absolutely not! It is our job to help them learn and those damn phones do get in the way.  That’s why I spend time at the beginning of every semester teaching students to use their phones responsibly.

Students need to learn to use cell phones responsibly

I said above that teenagers want power and control, so the best way of dealing with cellphones in the classroom is to give your students some of the power they crave. And you can do that by bringing them into the decision-making process when you make rules for the class.

During the first week of school, when we are establishing our routines and procedures, I devote a whole class to creating a technology code of conduct for our classroom. This lets students feel like they are part of the process and that we are a team, working together to do what is best for all.

And it works. Trust me. I’ve done it with many different classes, and except for a handful of students who are so addicted you’d have to pry their phones from their cold, dead hands, most students will comply, most of the time.

When you give kids the power to make up a code of conduct for technology use in your classroom, they will come up with rules that are fair and make sense.

And when you put it up on the wall and can refer to it: “Hey, remember, we all agreed to this…,” then it’s a much more powerful management technique than banning the phones. This is because students feel like they’ve had some say in the matter and also have some control over what happens in the class, something they respond more positively to than a top-down approach.

Teach and model strategies for responsible cellphone use

Let’s face it. Many of us are a bit addicted to those phones too. We are pulled to those notifications just like our students, but we also know that we have a job to do – and we can’t do it if we are on our phones.

As adults, we know that there is a time and a place to use our phones, and we would never stand in front of the class and try to teach a lesson while also reading our texts. Instead, we might pick it off the desk and have a quick look when our students are working quietly.

I’m very upfront with my students about this. I explain that I will only look at my phone after my work is done, when I feel like I can take a break. I’ll even point that out early in the school year: “Everyone, I’m checking my phone now, right? But I just finished the lesson and you guys are settling into your work, so it’s a good time for me to do it.”

Or, if there are times when I’m trying to contact my dentist, or one of my children is sick, I’ll tell the students that I need to check my phone for that reason. When you are upfront and model responsible use, your students will be appreciative of your honesty – and see the way that you can get your work done and still have a phone nearby.

Quick strategies for dealing with cellphones in your classroom

I believe whole-heartedly in giving students breaks during class, whether they are chat breaks, stretch breaks, or in this case, tech breaks. As I said above, students are addicted to their phones. We can’t change that. Nor can we expect that putting them in backpacks or any form of phone holder will take away that burning itch to check it.

When we create our code of conduct, I always direct students toward the idea of giving them a minute or two to check their phones after they’ve worked for a block of time. It’s something they appreciate – and it works.

✅ Phones on desks must be turned over

One rule we agree to is pretty simple: the phone can be on the desk, but it must be turned over until it’s tech break time. And yes, some students will look at other times, but this does cut down on the temptation to be on it constantly . If I see a phone face up, I give it a look and most times the student will apologize and flip it over.

What if a student doesn’t comply?

The answer to this is something we discuss when we make our code of conduct. I let the students help me come up with consequences, and they are almost always just what I would decide on my own: a warning comes first and then if that is ignored, the phone must be put in a backpack or locker. If that doesn’t work, it goes in my desk until after class. If that happens more than once, I need to have a phone call with parents.

Since I started doing this, I’ve only ever had to call home with one student.

If you’d like more strategies for dealing with phones in the classroom (including some you can use if you don’t want students to have phones at all), click this link: