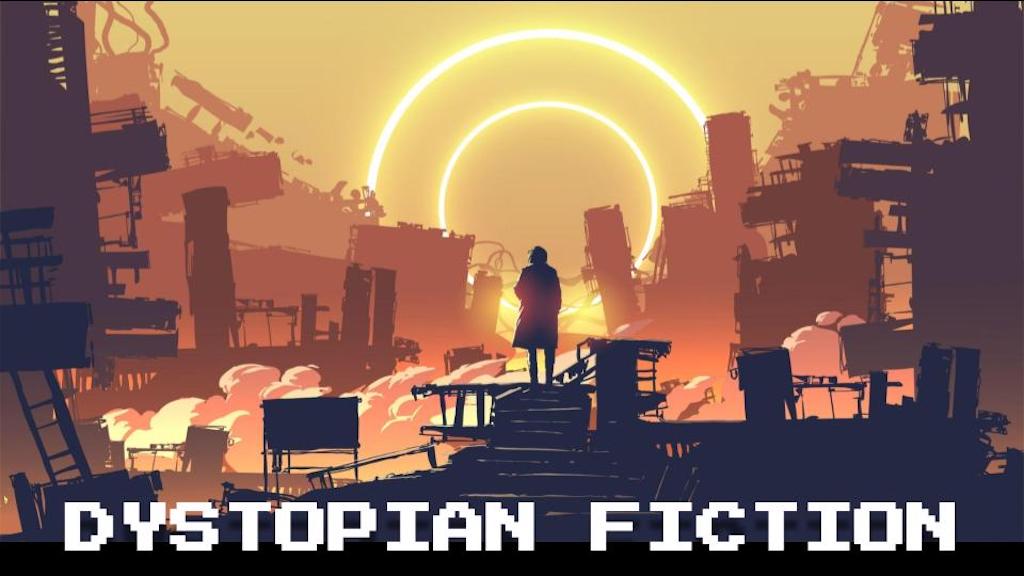 If you’re wanting a meaningful unit that your middle or high school students will get into, you should seriously consider doing one that features dystopian fiction.

Why? Dystopian fiction is a genre that has long fascinated readers – and movie-goers.  Stories set in dystopian worlds became very popular after World War II due to the fact that people reacting to (and feeling guilty about) the horrors of the Holocaust and fearing the massive changes that were happening in society.

The economic post-war boom lead to more consumerism, and science and technology were advancing at a rapid pace. This lead to a great number of cautionary dystopian tales by authors like Ray Bradbury, Kurt Vonnegut Jr, and Shirley Jackson, who explored the fears that many in society were feeling.

Today is no different, and the last decade has seen a new resurgence of dystopian tales. The Giver, The Hunger Games, Maze Runner, and Ready Player One are best sellers turned blockbuster movies, and my students can’t get enough of them and the other dystopian titles on my shelves.

Like those living after WWII, today’s teens have a lot to worry about. There’s political polarization, climate change, and technology addiction. And let’s not forget they’ve been living through a pandemic that has rocked their word. Heck, they might even think they are living in a dystopia.

In For Teens, Dystopian Fiction Seems Pretty Real — And That’s Why They Like It, Elisa Nadworny writes that “Teen readers themselves are characters in a strange land. Rules don’t make sense. School doesn’t always make sense. And they don’t have a ton of power.” They are struggling against seemingly oppressive rules set by the authorities in their world, a world that can feel scary a lot of the time (especially these days). Teens see the dystopian protagonists struggle to survive, and they want to root for them, hoping that someone like them can overcome the obstacles thrown in front of them.

And even if the hero doesn’t get a happy ending, they want to know that someone else is suffering just like they are.

Laurence Steinburg, a psychiatrist at Temple University equates teens’ fascination with dystopian fiction to listening to sad music when they are feeling down. He notes that” dystopian novels fit right in” with this approach because “they have all that sadness plus big, emotional ideas: justice, fairness, loyalty and mortality.” 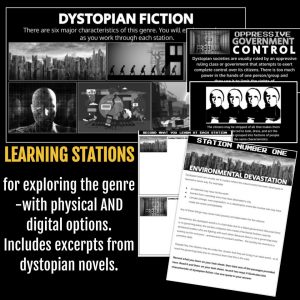 So, if you want to get your student excited about reading, a dystopian novel – or book club – might be just the thing.  Those novels are always the most popular in my classroom, and just recently I had to replace several copies of Ready Player One because they were falling apart from overuse (a good thing!).

If you’d like a unit that is low prep and ready to go, I have one for you to use. It explores the history of the genre, explains its characteristics, and gives students lots of opportunity to read mentor texts while they relate the ideas to their own lives.

My favorite part of the unit is collaborative activity where students select an aspect of society that needs to part of a cautionary tale, something we must change before it gets out of hand. It’s an activity they dive into and quickly engage in, with lots of discussion and wise observations. I love it!

👉🏻 You can check the unit out here and, as always, let me know if you have any questions!