Grading literary analysis essays has never been something I’ve looked forward to. Often, it’s an exercise in frustration and a chance to feel like I’ve failed my students. But the last few days, I’ve been in the middle of grading final essays from my tenth graders, and I have to say I’m excited with what I’m reading (did I just use excited and grading in the same sentence??) 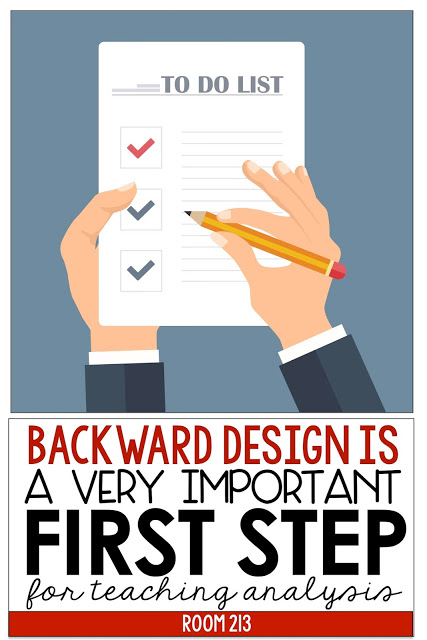 These students are in my Pre-IB class, and so I spend less time doing writing/reading workshop with them because they have to get “trained” for what comes next in IB. In short, we need to do a lot of literary analysis. This year, however,  I took a risk: I gave fewer long writing assignments and gave more short, formative ones. I also required students to pass in revised work after they read my feedback. I wrote a post about the process a few weeks ago – check it out here.

I knew that this final essay, on To Kill a Mockingbird, would inform me on whether or not my experiment was a success. We did not spend a lot of time in class on it, nor did I set up the usual supports that I had with previous assignments. That’s because it’s part of their final assessment, and their time to showcase what they’ve learned –without my guiding hand.

As I said, above, I’m thrilled with the final results. Maybe these guys are a special group, or maybe…just maybe…slowing down and concentrating on the process is the answer.

So, I thought I’d revisit and share the steps I took this year to get my kiddos to this point.

1. Focus on smaller elements of the process — especially the areas that they find difficult. 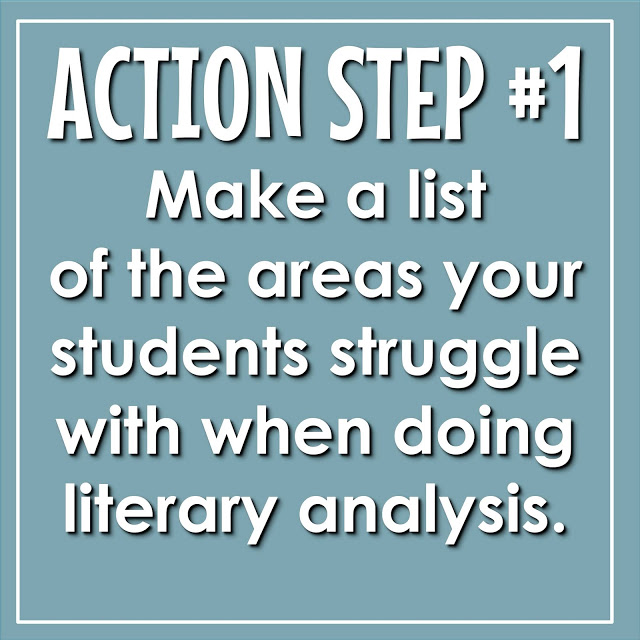 I decided to devote more time to the components of literary analysis that my students find difficult. I knew, after years of frustration, where the weaknesses were, so I made a list and then created lessons and activities that targeted them:

My previous methods of instruction covered all of these things, but the results were telling me it wasn’t enough. So I decided to slow things down to spend more class time on each of these areas of weakness, instead of charging ahead to yet another essay. 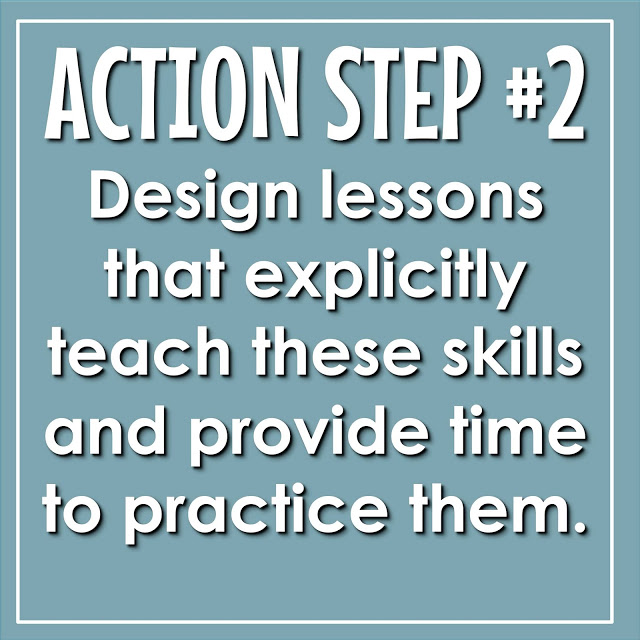 Like I said above, I had tons of lessons in the vault for all of the items on my list. But it was time to chuck them out and start from scratch, so I could really zero in on the skills that were lacking.  I revamped my handouts, making them more detailed but also more student-friendly; then, I designed focused lessons that allowed the kids to practice each skill.

We started with learning to understand the difference between factual and analytical statements and switched to finding the very best evidence to back up the assertions they learned to make (you can read about it in detail on this post). Only after I was sure they understood the process of how to do an analysis and how to write analytical statements did we move on to backing them up with evidence. 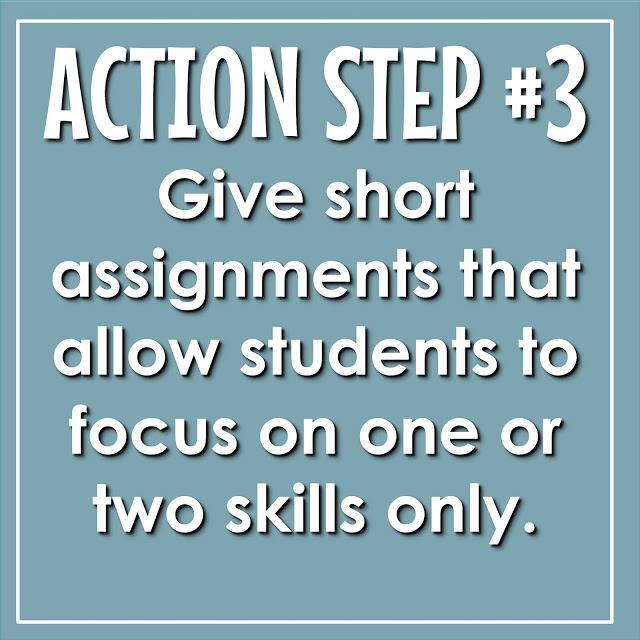 I firmly believe that one barrier to student success in written analysis is that we overwhelm them with too many things to work on at once. Yes, by high school they should be able to juggle a number of balls at the same time, but if we see that they are having trouble, it’s ok to set some of those balls down for a bit.

We “set down” the need to complete a whole essay in favour of mastering the skills necessary to do so. I decided that it was useless to keep doing essays when they were doing them poorly. If they didn’t understand the process the first time, doing one more was not going to make it better until we dealt with the individual issues.

For several days I used the following bell ringer:

After they had completed three of these bell ringers, I asked them to pass in their best for feedback. If they didn’t do it right, they did it again. Because I was focusing on so few things, and the assignment was so short, it took me very little time to give them feedback — and very few had to redo it anyway.

As we studied A Separate Peace and To Kill a Mockingbird, students did a number of activities that zeroed in on finding “the best” evidence to back up their assertions, rather than what was most easy or obvious. This work also focused students on pushing their points to fully develop their ideas. We spent way more time on this than I have in previous years, but it’s made a difference, and they are providing me with much better textual evidence than they were at the beginning of the semester. You can read about this in more detail here and here. 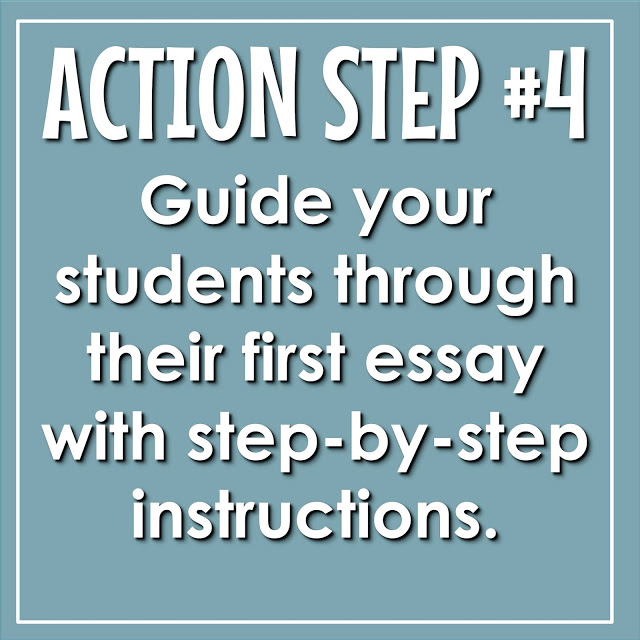 This is another step that may cause some English teachers to roll their eyes. Yes, students should be able to write an essay on their own by tenth grade, but many of them can’t do it very well. I was tired of seeing success in only a percentage of my kids; I wanted them all to “get” it.

We worked together to create a thesis about the theme of A Separate Peace, and then we went to the lab to write the essay. There, I guided them as they did their work, so there was no mystery over what they should be doing. I’ve written about the process in more detail here.

When I planned this guided essay (and other in class activities), I did so knowing what their final essay would be: illustrate how Harper Lee uses characterization to develop one theme in the novel. Therefore, the guided essay had a similar thesis, and our class activities focused on finding good evidence to support our assertions about Lee’s themes. That way, they could use the feedback they receive on that assignment, and the evidence they collected during class work, to do a better job of the Mockingbird essay. 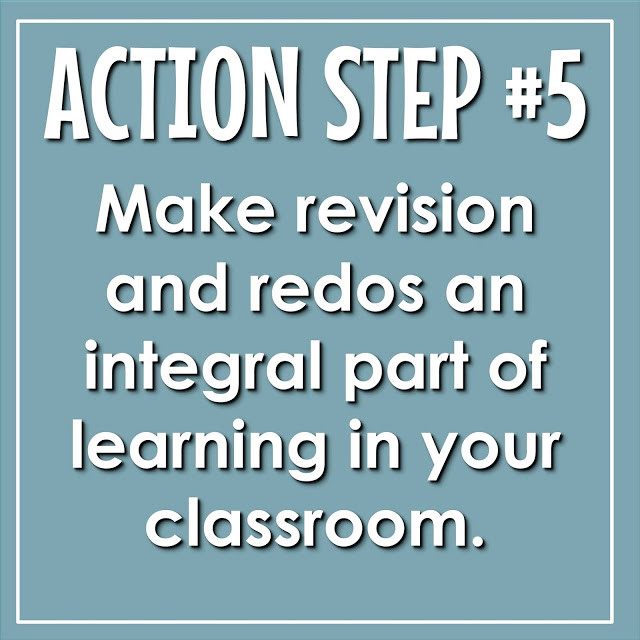 This, my friends, is the key. When I built in a feedback-revision cycle as an integral part of the learning process, I saw great strides in my students’ writing.  It was another aspect of my experiment that required more time, but it was time so well spent. We put our focus on learning and improving, rather than racing to finish a certain number of assignments, and as I said above, my students were able to create better work than previous students before.

I know that the thought of redos is a daunting one — I have been there, believe me — but you can read about my evolution with this here.

So that’s it. I have never ended a semester with my Pre-IB class so satisfied with what we have done together. And this is important because many of them will be in my room again in September, ready to begin the International Baccalaureate program. It’s a wonderful thing knowing that they will be ready to hit the ground running.

If you’d like to check out the handouts and activities I reference in this process, here they are: