The Literary Essay: A Guided Approach 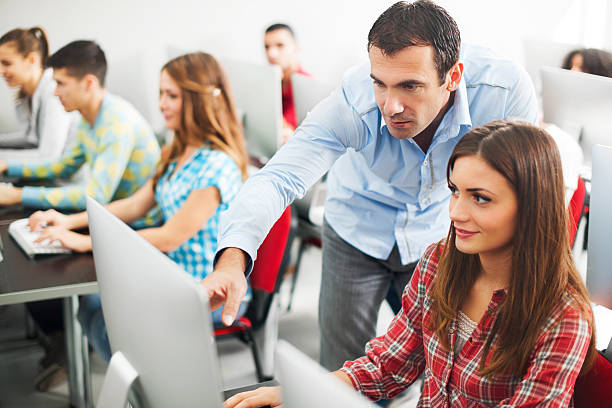 In my last several posts, I’ve shared the work I’ve been doing to teach my kids to analyze literature effectively. It all culminated in an essay they wrote last week. I know from past experience that students find this type of writing very difficult, so I decided to walk them through it and let them focus on learning the necessary skills.

Here’s what I did:

The basis of an effective essay is the thesis. Without a strong assertion to build on, students will wander aimlessly through the essay. So, to ensure that my kids had this foundation, we did some work to create one together — with some final tweaking from me.

I find that one of the biggest problems with my students’ literary essays is that they want to build them around the evidence, rather than using the evidence to support their assertions about the text. In order to change this, I guided them through a pre-writing exercise that would keep them focused on analysis.

I took my kids to the lab and we did a pre-writing exercise to build the bones of the essay. I had each kid write the thesis in bold at the top of the page and told them to keep their eye on it — the essay had to prove the thesis, so I wanted it there as a visual reminder so they wouldn’t veer off topic.

Then we discussed whether or not the essay should deal with Finny or Gene first–which made most sense? I was pleased to see them reach the same conclusion I had: as Finny chose not to deal with his demons and Gene did, it made sense to put Gene last, as he was the example of what to do (you could make an argument for the opposite, but for this exercise, I wanted them on the same page).

Next, I told them I wanted two paragraphs devoted to each character: one that illustrated what each boy was like at the beginning of the novel and another that shows how he evolved – or not. We spent a few minutes discussing possible assertions for the first paragraph on Finny. After we chose a good one, I set a timer for five minutes and told the kids to write all they could think of to support the assertion. The response didn’t have to be organized and they couldn’t use their notes — I didn’t want any textual evidence yet. The purpose of this was to get them to write what they knew about the claim and not to focus on the plot.  We repeated this three times for each of the assertions we made. Each time we did, I told them to copy and paste the thesis just above the new paragraph, just so they would stay on topic (I advised them to change the color, so they would remember to remove it later).

It took most of a period to do the pre-writing stage; then, I assigned evidence collection for homework. I had the lab booked for the day after next, so the students had two nights to find examples and quotes from the text to support the claims they had made in each paragraph. We had already spent a lot of time working on the skill of finding the best evidence, rather than what was the easiest or most obvious, so I felt confident that they could do this part of the process at home.

When we returned to the lab, I told the students to get out the handouts I had given them when we learned how to make and back up assertions about text. We did a quick review and then they spent most of the period revising the paragraphs they created in our pre-writing session.

We purposefully ignored these parts of the essay — other than the thesis, of course. I often tell kids to leave the intro to the end, because as they write the essay and build their argument, they may have a better feel for how to begin.

We had already had several lessons on how to write intros and conclusions, so I reviewed what I had told them already. We talked about the various ways a student can lead into the thesis — by starting broadly, by using an anecdote, an analogy, a contrast, etc.  Then we brainstormed broad topics that could lead to the thesis: teens often suffer from a lack of confidence, many of us feel envy, etc.  I told them to use one of these to start an opening sentence and then to explain it a little further. Next, I showed them how to write a transition sentence that could connect these ideas to their thesis. We repeated a similar exercise with the conclusion.

I have just finished grading these essays and, while they are not perfect,  the students are way ahead of where they would be had they just done it on their own. “Of course they are,” you might say. “You spoon fed it to them.” I would respond that yes, I did. And there’s nothing wrong with that. I wanted to take their hands and lead them through the process before they have to do it on their own, which they will in a few weeks. The proof will be in the pudding then, and I’ll come back and update  you on how it goes!