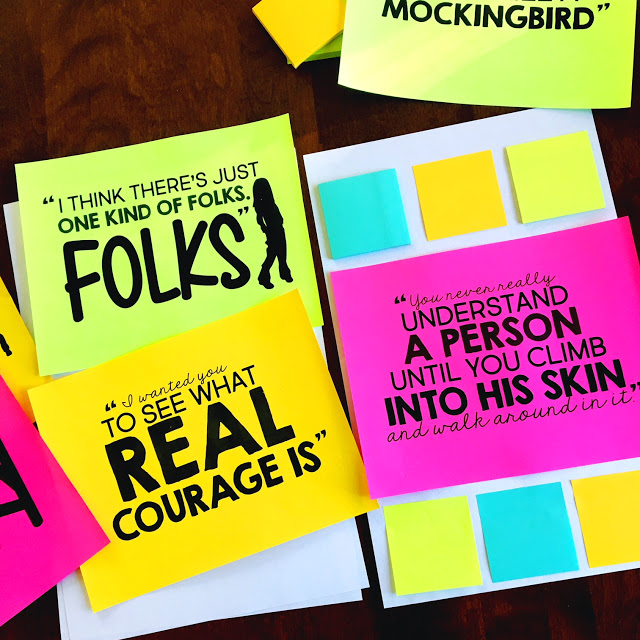 I’ve made it my mission to explicitly teach my kids how to find good evidence to support their points in literary analysis. In my last post, I wrote about how I had students focus on finding evidence to support claims they made about one section of the book. The strategy in this post is one that shows them how to collect evidence as they read the whole text. 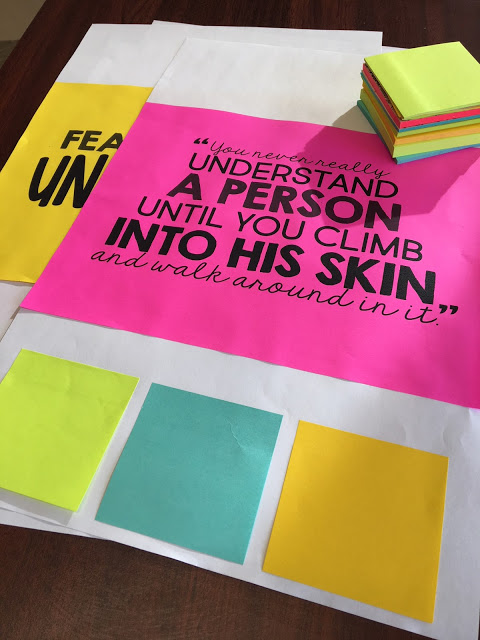 We’re reading To Kill a Mockingbird, and there are several themes I want the kids to track as they read. I created some posters that represent these themes and printed them on colorful paper. I want them to be very visible in the classroom, so the kids have them as a visual reminder as they read. I adhered them horizontally to a piece of ledger paper to create the poster. They won’t look like the finished product for awhile, because it’s going to get pretty messy first!

After the kids had read their first chunk of the book (chapters one – four), I asked them to brainstorm all of the lessons they (and the Finch kids) had learned. With just a little prodding, they came up with the same ones I had. I assigned one lesson to each group and had them brainstorm good evidence to support it.

Next, I gave each group a pile of sticky notes and instructed them to put one piece of evidence or a quote on each one. As they worked, I was putting the posters up throughout the room. When they finished, they put their stickies on the appropriate poster. At this point, we didn’t discuss or evaluate any of the evidence. 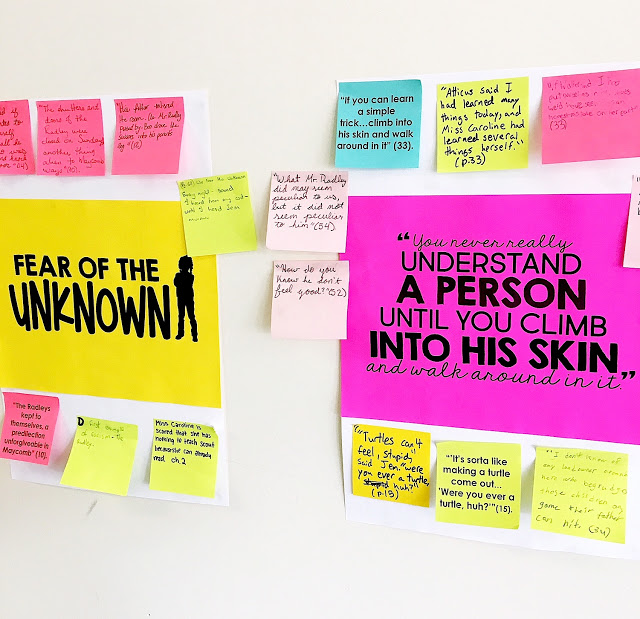 The next day, after they had discussed another chunk of the novel, I passed out the stickies again, and instructed them to write down any evidence they could add to the posters. I didn’t assign anything to anyone; they could choose whichever ones they wanted.

At this point, I explained to them that we would continue to add evidence to the posters until we were a third of the way through the text.  When that happens, I will assign each group a poster and they will start sifting through the stickies. They will decide which ones overlap and which ones don’t really relate. Stickies that don’t belong will be removed and the ones that make the cut will be organized. We will repeat this process two more times until we have lots of great evidence at the end of the novel.

I spend some time during this process explaining to the kids that it’s ok to record evidence even if they are unsure if it is good or not, because we are just exploring as we read. In fact, we won’t really know how everything works together until the end of the novel.  We also discuss the fact that evidence can be used for multiple topics.

Once we finish, I will assign a poster to each group 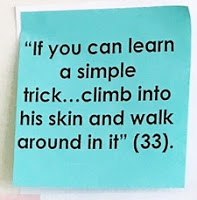 and they will review all of the information on the stickies, and narrow it down to the best six best pieces of evidence. I will type the quotes and comments up and print them on stickies to adhere to the poster, so the final copy is clear and easy to read.  Why six? Well, mostly because that’s the number that fits on the paper! However, if the kids can make a case for more, we’ll post them on the side. 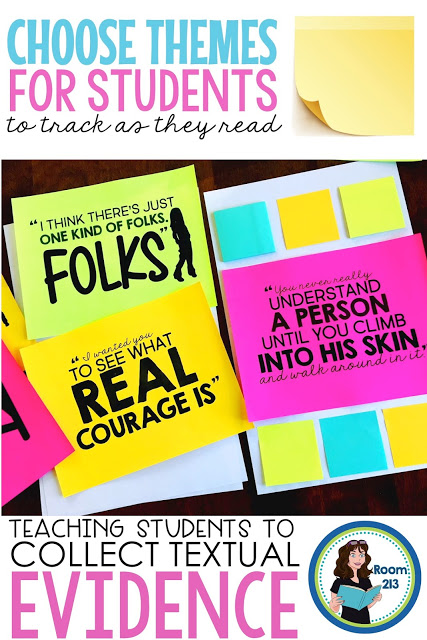 How will we use these posters? There are so many possibilities! First of all, I will have each group do an informal presentation to the rest of the class, explaining how the evidence supports the theme. Alternatively,  we could do a gallery walk, with one person from the group assigned to each poster to explain their rationale. After, the posters will stay on the walls until the kids finish their final writing assignments. They can use them as reference at any time during the process.

If you’d like to use them, you can grab my TKAM posters here.  You can also check out my other materials for the novel here.