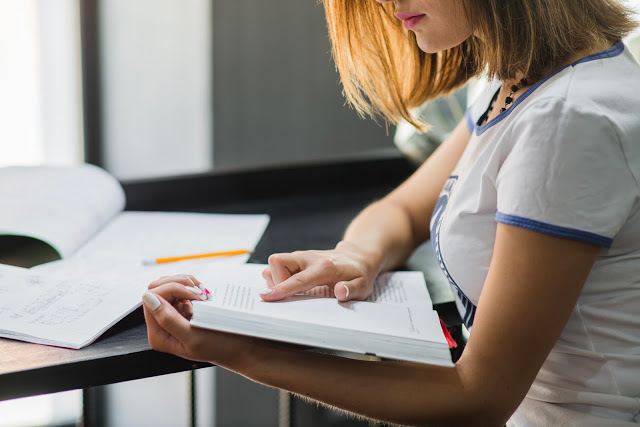 The longer I teach, the more I come to believe that the slower we take things, the more our students learn. Because of this, my students now create fewer “good copies” than they have in the past, so we can spend more time on the process of learning. One process I’ve been spending more time on is the thinking that happens before a written response; the result is that the kids are getting much better at learning to read and respond critically to their texts.

In the past week, my students have been working on responding to non-fiction texts, and using quotations from them to back up their opinions.  They had passed in a response on the topic of failure and growth mindset, and their work was less than stellar. There was little evidence that they had reflected on the articles they were given to read, and many of their responses were shallow and lacking detail. I realized that I hadn’t spent enough time teaching them the process I wanted them to use before they actually write the response. 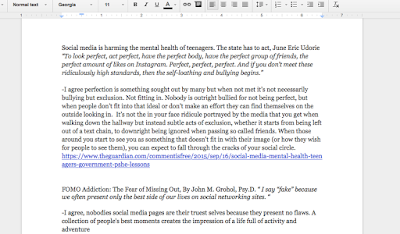 Last week, we started a short unit on the pervasiveness of social media. We did some personal writing in our writer’s notebooks and looked at several mentor texts during writing workshop. Students then had to read two more articles from a choice of five, and write a response to the question: how has social media changed our lives? Their response had to use at least two quotations from the texts they read.

This was the same assignment they did the previous week, but this time, I talked to them about the process of critical reading and required them to show me their process as part of the assignment. They had to choose four quotes from each of the articles they chose to read.  I instructed them to cut and paste quotes that made them think as they read– something they agreed/disagreed with or that they could relate to. Then, they had to record their initial reaction to the quote. They didn’t have to worry about their writing at all, just their ideas.  I wanted them to show me their thinking process as they read.  Then, they had to spend time reflecting on the ideas they collected in their notes and write their response. (The photo above shows one of my student’s notes). 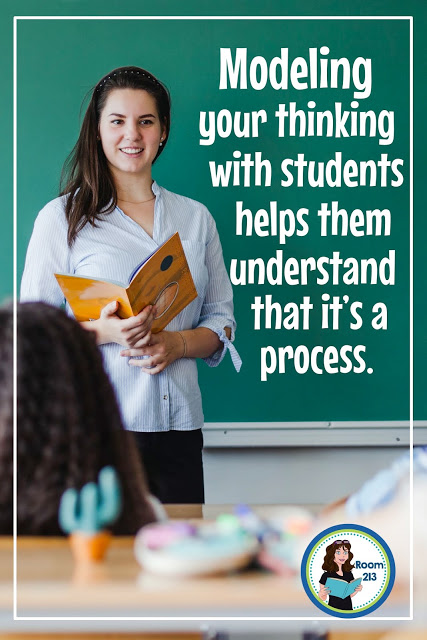 I knew that just telling them that they had to show me their thinking process as they read was not enough, especially when many of them do superficial readings of the texts we give them. So, I went through the same process I was asking my students to follow, and created my own Google Doc as an exemplar. Before class, I selected the quotes that I wanted to use and projected the doc on my screen.

Then, I did my reflection on these quotes in real time so the kids could see my thought process in action.  I wrote the rambly kind of notes that come when you’re thinking something through. I wanted them to see that the response to the quote as I read is very different than the focused, well-developed one I wanted at the end of the process. In short, I was teaching them to think as they read, and not just whip up a response after a quick read through the articles.

After I finished that, I talked through the process I would use to write my actual response. I looked over the notes I had made, found connections and decided on a focus for my response. I did this all out loud, as they followed along on the screen. As they worked on their notes, I wrote my response and shared it with them.

3. Give students an opportunity to use your feedback

When I started requiring kids to use my feedback to revise their writing I saw huge improvements in their skills. The idea of doing this used to scare me, because I envisioned myself chained to my desk, grading into the wee hours of the morning. However, it hasn’t turned out that way. That’s because I ask them to focus on one or two things, rather than an overall revision. I give them one or two opportunities to work on a skill with short, formative assessments before they get a summative mark. With this unit, I was focusing on idea development. When they did their first response on failure/growth mindset, I highlighted two areas on their response where they could add more detail. They resubmitted their response with their changes highlighted, and it took be about half an hour to do a quick check of all thirty-two responses. I wasn’t reading the whole response again, just checking to see if they added the detail I had requested. 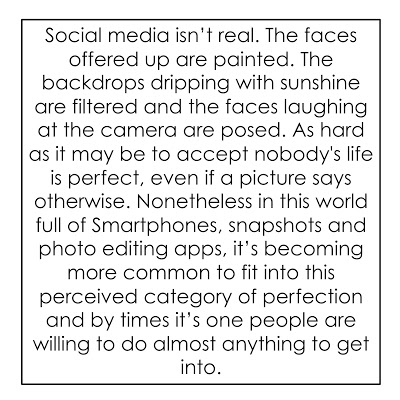 After I did the critical reading exercise (which I should have done the first time), they passed in their social media response for a summative mark. The results were so much better. The excerpt on the left is just part of an excellent response from a student who had passed in a very superficial one the week before. She slowed down, focused on the process, and used the feedback I had given her to write a much more thoughtful and well-developed response to the articles she had read.

We spent much more time on this than I have in the past, but I know that the students are better readers and writers as a result.  Yes, I’ll have fewer assignments checked off at the end of the semester, but the ones we do will be of a much higher quality.

And that’s what matters.