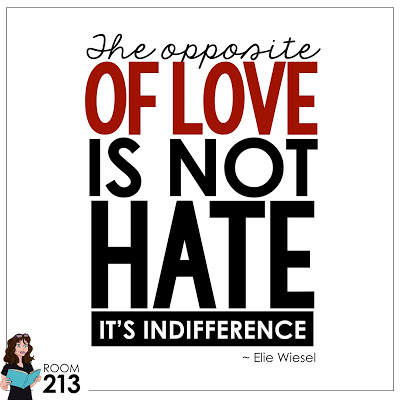 I never dreamed that I’d have to write a post like this — after all, I’m living in 21st century North America, during a decade that has seen so much positive social change. I teach in a school whose population is almost 20% refugee and immigrant students. I have a class with twelve of twenty-one students who were born in another country. This is a huge change from when I started teaching, but our province has opened it’s doors to refugees and has changed the face of our school greatly — and for the better.

My heart bleeds for my students and for the many immigrant students in Canada and the US. Yes, it’s very different for our kids. Our country’s doors are still open. But what must it be like for them, knowing that just next door, their countrymen (and relatives) are being banned, shunned, vilified? Will they feel afraid that it could happen here? I know that we will have to be hyper-aware of this in the next few weeks and do all we can to deal with any emotional fallout that might occur.

I also think we need to use this opportunity to talk about indifference and about raising one’s voice in the face of injustice, even when it’s not in your own backyard.  I’ll never forget the first time I taught Wiesel’s Night. We had just finished the first section of the memoir and Alex, a very earnest girl in the back row, drew our attention to this quote, when a young and deluded Wiesel asks: Annihilate an entire people? Wipe out a population dispersed throughout so many nations? So many millions of people! By what means? In the middle of the twentieth century! “How could it happen in the middle of the 20th century?” she asked, incredulous. She, and her classmates could not conceive of the idea that the rest of the world looked on and did not do anything about the Holocaust. They decided that it had to be the nature of news at the time — it took people much more time to find out the facts. That had to be it.

That night, I prepared a slideshow that showed them the genocides that have happened since World War II, even ones in the media heavy 21st century: Rwanda, Darfur, Sudan, Bosnia, Yemen, Congo, Syria, and many more. I showed them the number of people killed and then asked if they were aware of this. I asked them what they did to stop it. “What can we do? It’s so far away? We’re only teenagers!” The discussion was fierce. Then, I put the quote from Wiesel back up on the screen: In the middle of the twentieth century? We’ve learned so much. We’ve come so far, and yet we still look away.

So what can our teens do when we are so far away? They can donate money, join groups, sign petitions, all things that do help, but are very remote for them. They may not see it as doing much. That’s when it’s time for JFK’s quote: one man can make a difference, and every man should try.  It’s a good time to get the kids to research Malala Yousafzai, a young girl who stood up against all odds and made a difference.  Or Craig and Marc Kielburger who, as teenagers saw injustice and then dedicated their lives to empowering youth.

WHAT CAN TEACHERS DO? 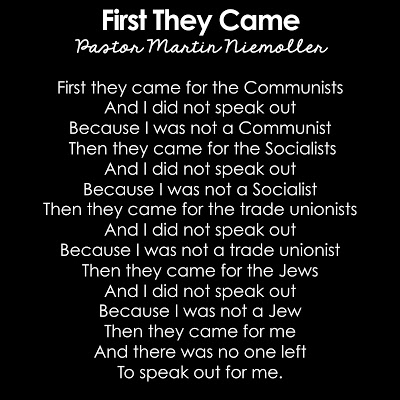 Not all of out teens will be able to do heroic and global actions like Malala or the Kielburgers.  But they can make a difference. When they see injustice, whether it’s a playground bully or a political one, they can raise their voice. When they see a group in their community that is oppressed, they can find ways to help. When a decision is made in their world that they know is morally wrong, they need to speak up.

What can we do as teachers to help them? We can start by finding ways to make them aware of what is going on in the world. I know we need to avoid being overly political, but with the texts we use in English class, there are always opportunities to find links and ideas we can discuss. Night, Anne Frank, To Kill a Mockingbird, Macbeth, Romeo & Juliet, Lord of the Flies, Animal Farm, 1984, Of Mice and Men, are just some if the classics in our classroom that tell tales of oppression and hate — and ways to overcome them.  We can teach our students how to debate and argue in ways that are effective and logical. We can teach them the importance of listening to and considering opposing views (your students will have them. How we handle and model reactions to this is so important). We can ask that they consider facts and both sides before they make a decision. We can give them an assignment that requires them to stand up for someone in their community. We can model empathy and caring. We can expect it in our classrooms and hallways.

There’s so much that one person can do.

This year, when I teach Night, I will show them this story from the Washington Post that explains that Anne Frank and her family were denied the chance to flee to the US during World War II.  At the time, Frank wrote: “It’s difficult in times like these: ideals, dreams and cherished hopes rise within us, only to be crushed by grim reality.” But she also said “It’s a wonder I haven’t abandoned all my ideals, they seem so absurd and impractical. Yet I cling to them because I still believe, in spite of everything, that people are truly good at heart.” We can’t let today’s grim realities crush our ideals. People are truly good at heart. Help your students see that, to see the humanity in everyone, and to always, always respect it.

Do you have any ideas or lessons that teach students how to raise their voice? I’d love to have you share them in the comments!