Teaching Students to Develop Their Ideas

I’m engaged in a battle with my twelfth grade class. They have been giving me less than stellar work. Their written responses have been pretty superficial, with little to no idea development. So this week I’ve been really focusing on how to develop this skill.

I know my old way of doing so wasn’t very effective: writing “needs more detail” or “tell me more” did not provide much direction to the kids who weren’t sure how to do that. It would be like a golf pro telling me that I need to work on my swing and leaving it there. Beyond picking up the club and hacking away at the ball, hoping it would fly straight and far, I really have not idea how to improve my swing. It’s no different for our students when we point out an error, without showing them how to improve it. 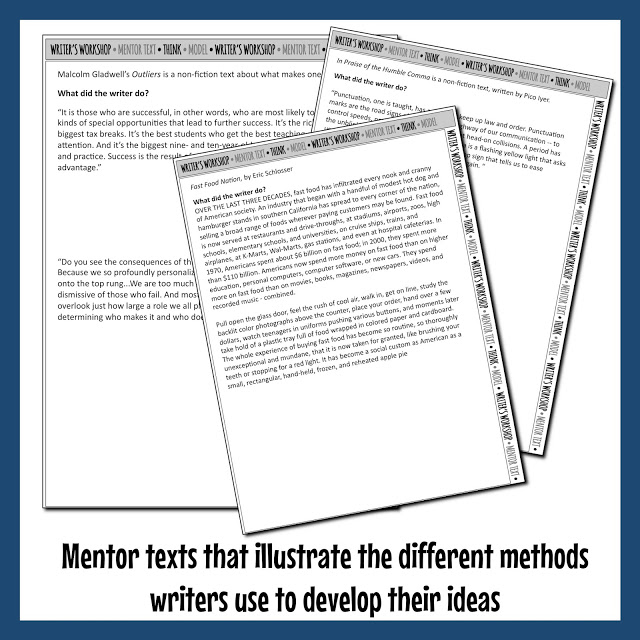 I’ve been using mentor texts as exemplars to show my students what they can do to fill in the details in their writing. My first mini-lesson was about the different ways that authors develop their points. I showed them examples of writers who used facts and statistics, examples, expert opinion, anecdotes, analogies and figurative language. Then, I gave them some mentor texts and asked them to identify which method(s) were used. Finally, I gave them an article on Helicopter Parents, not because I wanted to cause interesting discussions over the dinner table, but because it contained many of the methods of development that I wanted them to recognize. They read and annotated for homework. 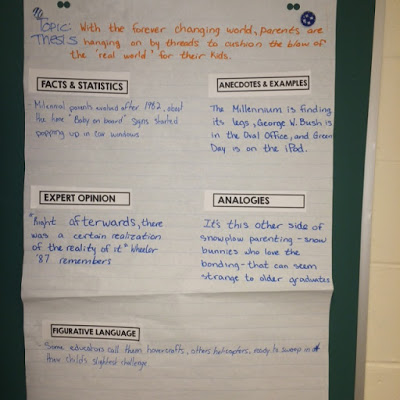 When they arrived this morning, I had pieces of chart paper with the different techniques high-lighted on the page. I asked them to gather in groups to a) decide on the writer’s thesis, and b) to record examples of each technique.

We had great discussions as they worked. There was debate about the thesis. There were questions about analogies. There was a lot of misunderstanding about facts, and many were putting opinions in this section.  For example, several groups wrote this statement: “Millennial parents evolved after 1982”. I pointed out that some might argue that parents have not “evolved” and are indeed getting worse, so it probably isn’t a fact.

By the time they were finished, they had a much better understanding of what I mean when I tell them they need to develop their ideas further. Now I just have to wait and see if it worked! 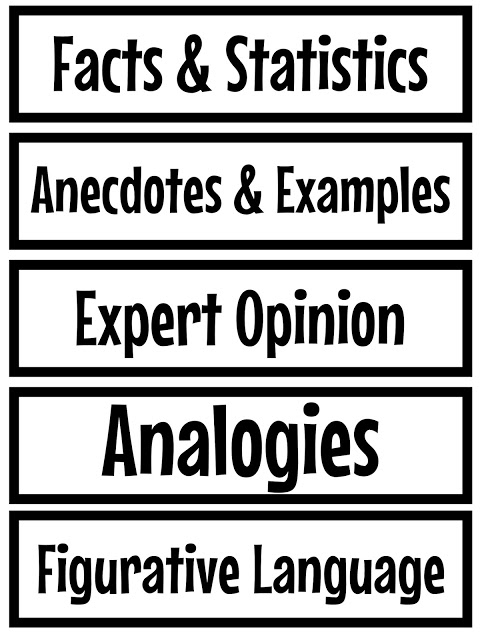 If you’d like to use my chart paper headings, you an grab them HERE. You can also find the mentor texts I used in the non-fiction section of this product.