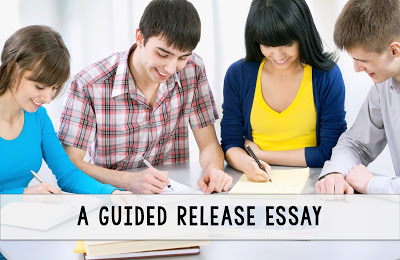 I’m a big fan of the gradual release model: modeled instruction, guided practice, independent practice. It removes the mystery, gives students a chance to practice in a risk-free way, and then lets them go it alone, once they’ve built some confidence.

Last week I wrote about the “tortoise and the hare” approach that I’m taking toward teaching my Pre-IB class to write strong literary essays.  Well, we’re still plodding along on their way to a completely independent (and hopefully ah-mazing essay).

We’ve just competed the first eight chapters of To Kill a Mockingbird, and have discussed the various lessons Lee has been teaching: you need to climb in someone’s skin to understand him, sometimes it’s ok to bend the law, and your class does not define who you are. I decided, on the fly this morning, to use this as an opportunity to do some gradual release.

We had worked on the concept of “bending the law” yesterday, and had collected examples of how and why Lee suggests that this is ok.  I wrote a semi-complete paragraph and uploaded it to Google Drive/Classroom.  I also added a bunch of instructions:

TASK: to write an essay that illustrates the lessons Lee teaches in the first eight chapters of the novel.
The following is a paragraph that could be in the above essay:
In To Kill a Mockingbird, Lee has her readers ponder the idea that rules can sometimes hurt, if followed too closely. Atticus first introduces the idea to Scout when he tells her it’s ok for them to read at home, even though her teacher told her not to. Then, both he and Lee provide further examples to illustrate why compromise is ok. For example, Boo Radley’s family rigidly follows a code of behavior and lock Boo up forever, preventing him from growing as he could, if he were allowed to interact in the real world. The Radleys, and other “foot washing Baptists” believe in devoting their time to the study of the literal words of scripture, and as a result, they see Miss Maudie’s time with her flowers as sinful. Miss Maudie, deeply religious herself, feels it is better to find a connection with God by creating something beautiful in the world, because she believes there are more important things than strictly following the letter of the law. Maycomb itself bends a law for the Ewells, who are allowed to hunt off season. If that law were strictly followed, the Ewell children would starve, so the town looks the other way when necessary. With these examples, Lee seems to be showing her readers that maintaining life, like the children and the flowers, is so much more important than following inflexible laws that can end up hurting people.
A) Together: find two quotes that would further develop the points in the paragraph. Embed them in the appropriate place. You may need to tweak my wording a bit.

B) Together: write a paragraph that discusses how the children learn to “crawl in someone’s skin” in the first eight chapters. Lee also illustrates that it’s...

C) Together: write an intro to an essay whose thesis is focused on the lessons Lee teaches in first section.

E) Individually: write a paragraph that explains how and why Lee contrasts the Ewells and Cunninghams. (Your topic sentence and focus should fit into the “lessons” concept.)

F) Individually: write your own conclusion to the essay.

G) Be sure there are appropriate transitions between all paragraphs. (and think about best for paragraphs)
I haven’t seen the end result yet, but they worked away and had great conversations as they did. If you’d like to try this gradual release model with your class (and tweak it) you can access my HERE.