On heroes and humans 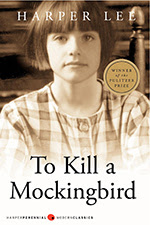 When I heard that Harper Lee was publishing a new book, I was so excited.  To Kill a Mockingbird has been a favourite of mine since I read it for the first time thirty years ago as a student; it became more beloved when I began to teach it, mostly because of the wonder that is Atticus Finch.

For the past week, I’ve been checking the calendar, watching it inch ever closer to July 14th, the day when Go Set a Watchmen will be released.  I envisioned myself running to the book store to get my copy and promptly devouring it.

And then, I read something that shook me to my literary core:  Atticus is an aging bigot in the new book.  WHAT????

I was shocked.  Totally.  How could that be?  How could this literary hero, whose virtues and lessons I have been extolling for two decades, be a racist?  How could there possibly be a bridge between the Atticus of Mockingbird and this new alien creature?? 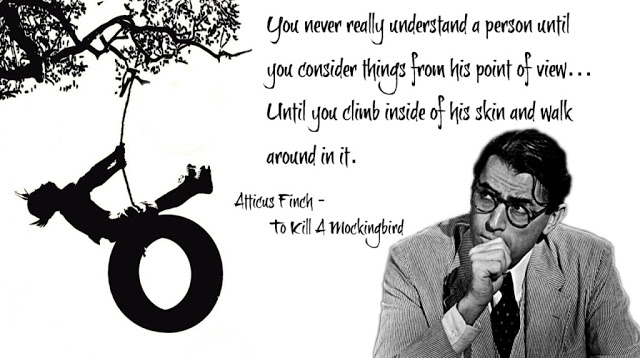 I’ve just spent some time reading about this “scandal” on the Internet. People are, like me, shaken.  Many say they do not want to read the book. They don’t want to see this dark, new Atticus.  Many are asking, How could Harper Lee do this? Some even suggest that the elderly Lee was taken advantage of by her publishers. However, a Time Magazine story cites Lee’s lawyer as saying his client is “hurt and humiliated” that people would think she was duped and that, instead, she is “alive and kicking and happy as hell with the reactions to ‘Watchman.’”

A story in  The New York Times states that, with Lee, “there was never a discussion of toning down Atticus’s racist remarks to preserve his moral image.” Her publisher, Jonathan Burnham states that “Harper Lee wanted to have the novel published exactly as it was written, without editorial intervention.”  He adds that “By confronting these challenging and complex issues at the height of the civil rights movement, the young Harper Lee demonstrated an honesty and bravery that makes this work both a powerful document of its time and a compelling piece of literature.”

As I read all of these articles, still filled with indignation over this turn of events, I realize that I have often pointed out to my students that dear Atticus is not a saint.  He brushes off the presence of the clan in Maycomb, and he is far too accepting of Mrs. Dubose’s racism. He is not a crusader for civil rights, who demanded to take on Robinson’s case; instead, he says he’d “hoped to get through life without a case of this kind.”  He was kind and wise, but he was not perfect.

Still, I love the old Atticus and wonder if I can meet this new one.

It is Daniel D’Addario’s review in Time that sealed the deal for me: I will read Watchman. D’Addario wrote that in the new novel, “Jean Louise learns that she cannot write off her father—his good and his bad—just because of the views he’s always held, or because he’s a figure from a past that’s receding too slowly. It’s only by striving to see him with the eyes of an adult that she can come to understand what she stands for. Painful though it may be, that’s the reader’s task too.”  That, in a nutshell, is the very essence of Mockingbird–we must be willing to crawl in someone’s skin to understand, to know.  And so, as hard as it may be, I’m going to practice that favourite Atticus lesson, and walk around in his skin for awhile.

I have no doubt that Lee knew what she was doing and that she still has much to teach us.  And, if we need to take a closer look at Atticus as a flawed human, rather than a hero, I’m ready to do that.  I look forward to hearing what others think when they read it.  If anything, this new and possibly disturbing book will lead to lots of good discussion.