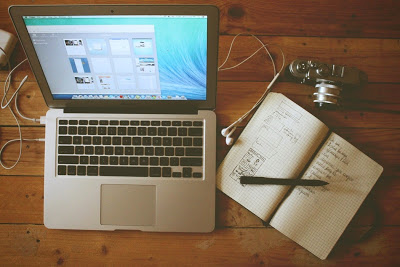 It’s the twenty-first century. Actually, it has been for some time now.  So many things have changed at lightening speed that it’s hard (and expensive) to keep up.  However, one thing has been slow to keep up with all of the changes in our world: education.  Rows of desks, pen and paper tests, reams of essays, tons of regurgitation–they are all carry overs from not just last century, but the one before it.  Many teachers, of course, have adapted, and are finding new ways to engage students and to assess their learning.  But many of us–myself included–still rely heavily on tests and essays for summative assessment.  “Fun” projects are add-ons and supplements–if there is time.

It can be hard as an English teacher to break away from that literary essay, even though we dread marking them.  It’s ingrained in us to think that written analysis is the best way to gauge how much our students have learned about a text. Those who espouse the importance of 21st century learning, however, suggest that there are many ways to skin that literary cat.  In fact, they believe that we should be finding other ways for our students to express their learning, ones that focus on creativity, innovation and digital literacy. 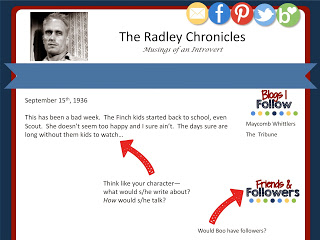 So, I’m trying new ways to engage the digital natives in front of me, and while it’s a fun process, it’s a difficult one as well.  For two decades I’ve been hammering away at the literary essay as my primary assessment tool.  Now, I’m adding new things to the tool box, by allowing my students to use social media as a way to show me their understanding of character, theme and other literary elements.

For example, they can adopt the persona of one of their characters and create an Instagram or Facebook account that would be one the character would create. The images chosen and their accompanying text can demonstrate the student’s understanding of character development, just as much as an essay can.  So can a blog that is written by the character.  And it’s much more fun to mark.

Now don’t get me wrong. My students will still write essays.  They will just write fewer of them.  And I think, by engaging them in an activity that they will find interesting, more of them will actually learn, rather than just going through the motions.  It’s an experiment, and one I’m going to have fun conducting! 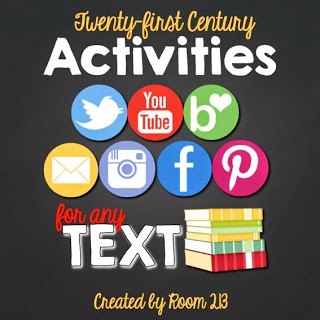 If you’d like to try out some of my ideas, you can check out my latest product, 21st Century Activities for Any Text.  The activities are designed such that the kids don’t actually have to be using the social media platforms online.  Instead, they use powerpoint templates that replicate them.