Collaborative Poetry with “Where I’m From” Poems 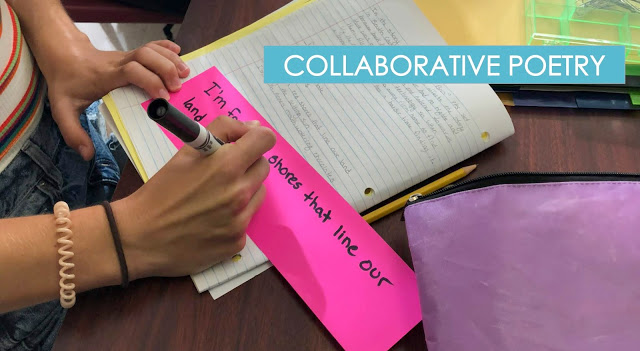 My twelfth grade class has been exploring the effect of word choice during our reading and writing workshop. They have written a number of journal entries that required them to experiment with diction, imagery and figurative language, and during my wanders and conferences, I’ve discovered a number of reluctant writers. I decided that collaborative poetry with “Where I’m From” poems would be just what I needed to inspire them.

I planned to use George Ella Lyon’s Where I’m From as a mentor text for my lesson on setting, and decided to try some collaborative writing to support the writers who were struggling. I was quite pleased with the results, and so I want to share the lesson with you. 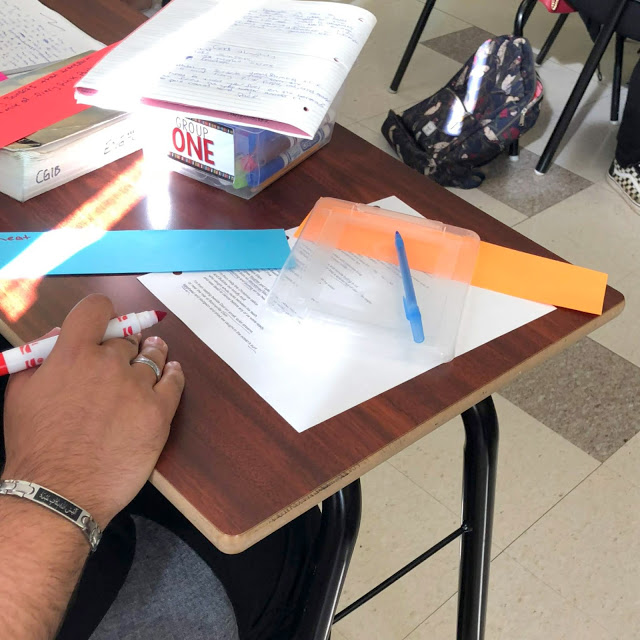 First, we read Lyon’s poem, as well as Penny Kittle’s version. I asked kids, as I always do, to note the writers’ moves. After a week of chat about word choice, students were quick to note all of the techniques I was hoping they would find. Then, I projected some photos of our city and province, and asked them to brainstorm words or phrases that they associated with where we are from. Next, I instructed them to choose a couple of those words and to expand on them by adding in some sensory imagery to further explain the word(s).

Each student wrote two phrases that described where we’re from and then shared them with the other members of their group. As they did so, I handed out colored strips of paper and markers. 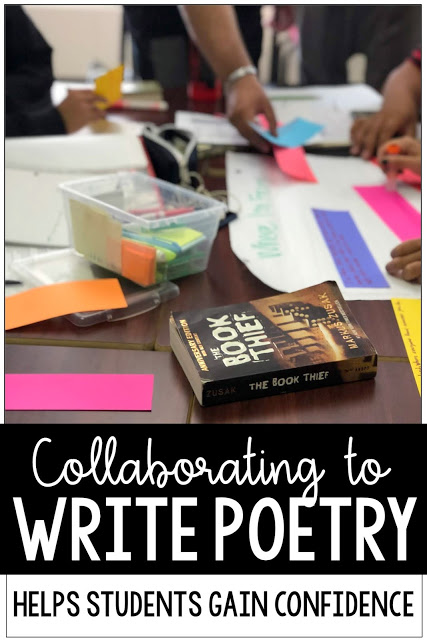 The groups were told to pick the three best phrases (or a combination of) and to write them clearly on the strips – one phrase per strip.  While they completed this step, I passed out chart paper and glue sticks.

Once they had their strips filled in, I combined the groups so that we had three instead of six. The new groups were told that they were going to create a poem using all of the strips and that they had to decide on the best order to present them. When they were finished, they adhered them to the chart paper and I put them up in different parts of the room.

We weren’t done yet! I asked students to get some sticky notes and a marker and to go on a gallery walk to read each poem. While they were there, I told them to choose one phrase that they thought they could develop further.

They wrote another word or image on the sticky note and adhered it next to the strip on the poster. I wanted each student to have the chance to push an idea, without the help of their group mates. 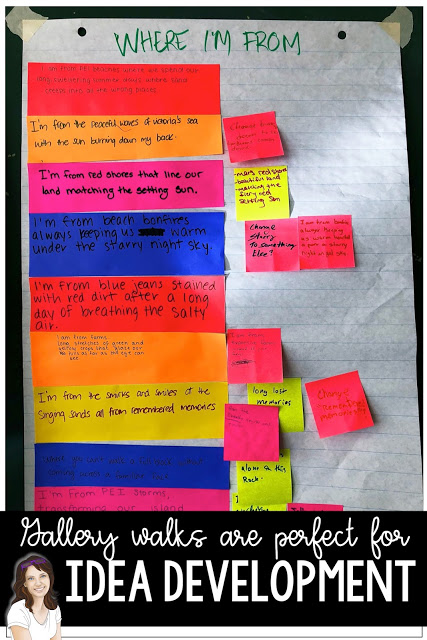 One of my reluctant writers was standing off to the side. He gave me his usual, “I can’t do this. I don’t know what to write.” I asked him to choose the phrase that he related to the most, and he indicated one about playing in the woods. I asked him what came to mind when he read that, and he said, “the woods are fragrant.” I told him fragrant was an excellent word to expand on the other students’ phrase, and he scribbled it on his sticky, trying to suppress his smile as he did. It was a small victory, but one that I hope he remembers next week!

We concluded the class with time to write their own Where I’m From poems in their notebooks. After the time spent on the collaborative poetry, they seemed to dive into the process much more quickly than they would have had they started on their own.

The posters are sill hanging in our classroom, and I’ll refer to them several times next week as we look at how setting affects the individual novels during our reading workshop. We will explore the idea that where we are from can affect how we see the world and then use that as a springboard for exploring time and place in the books they are reading.