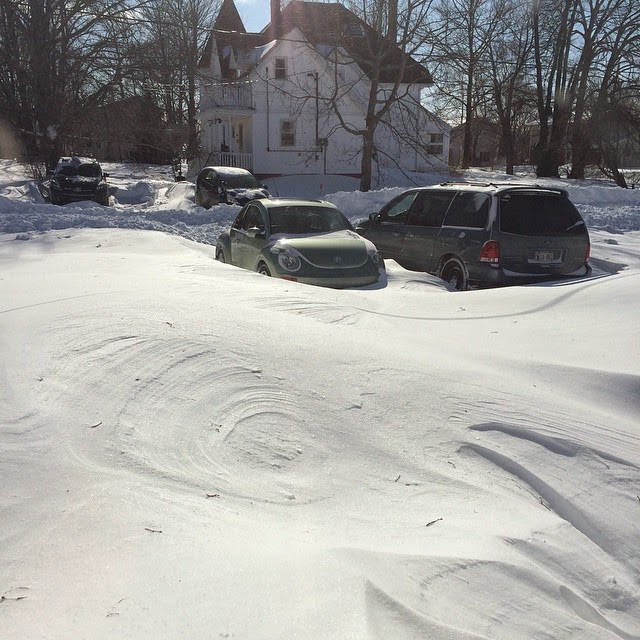 So we had a lot of snow days last week. Three, in fact.  It was a lot of snow to shovel and a lot of school to miss.  The second semester had just begun, and we only got one day in before old Mother Nature interfered.  It wasn’t such a big deal for my new classes, but my IB class goes all year, at a furious pace, and three days was a lot to miss.

That’s where technology love comes in. This class is well versed with Google Drive, as it’s a tool we have used many times.   During the storm, it became the vehicle we used for the discussion we would have had in class.

On the day before the storm, I had introduced Macbeth to the class and assigned the first three scenes to read.  We were to discuss them the next day, but alas, that was not meant to be.  Instead of letting them rest and relax (I’m so mean) I made up three Google docs–Macbeth’s character, Banquo’s character and Significance of the Scenes–and emailed them to everyone.  Their task?  To get on the doc and discuss, just as they would have in class, the important elements of the scenes and the character development. 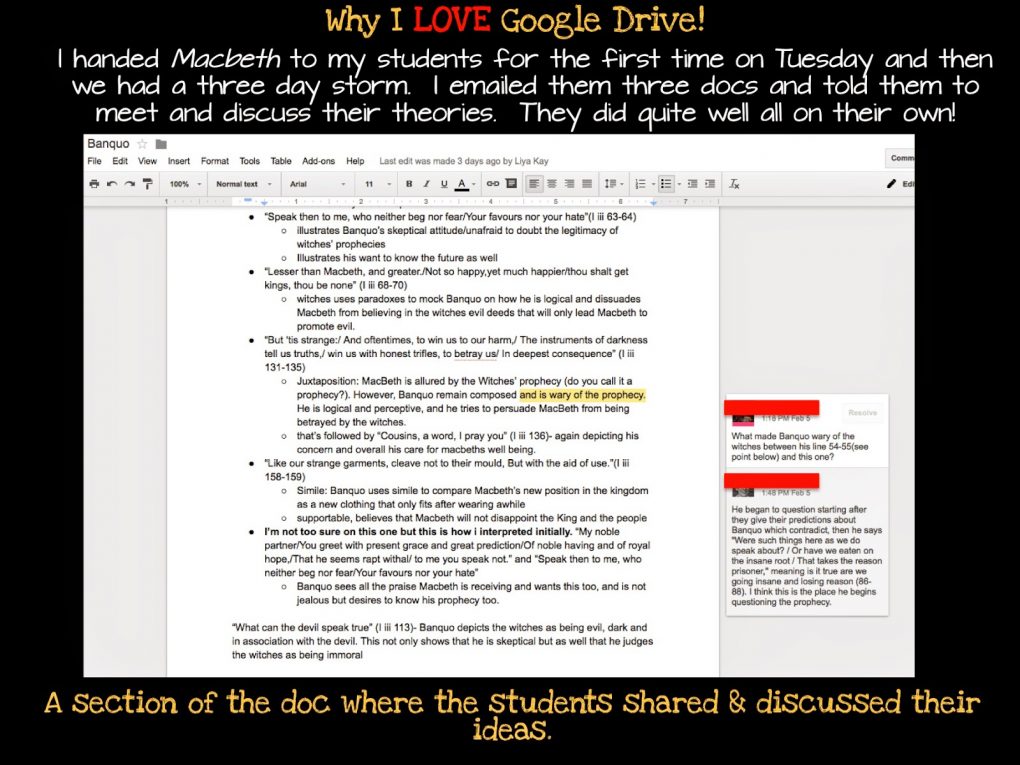 When they are on Google Drive, they can chat on the side and write the ideas they want to save on the document.  Each person has a different coloured cursor, so they can keep track of who is typing what.  Had I wanted to, I could have joined in, or hovered in the conversation, but we’ve done this enough times that I gave them their privacy.  Now, tomorrow I can do a quick wrap up and move on.  Love it!

In my other class, we are just getting started.  I always begin with a non-fiction section, with articles that have ideas the students can really sink their teeth into.  I also want them to learn the art of dialogue so they can have really good discussions, ones where they aren’t afraid to disagree with each other.  I do love good debate. 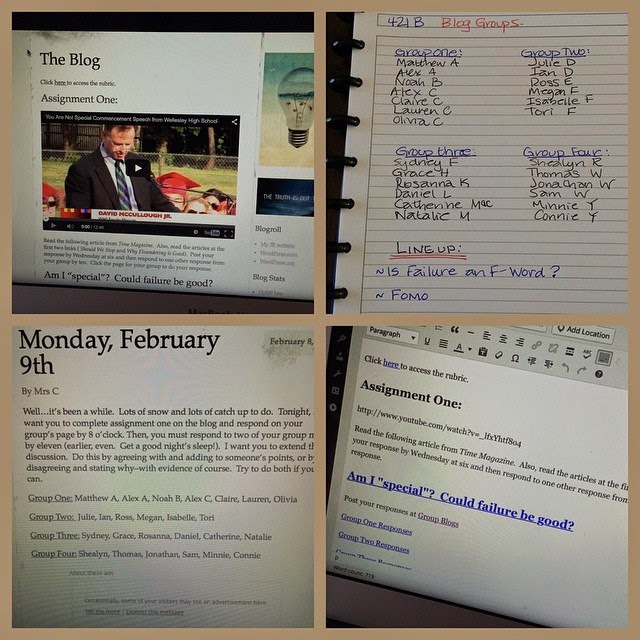 Because the students are just getting to know each other, I start with blogging, as they are generally less shy when armoured with a computer screen.  I divide the students into groups and assign articles to read and videos to watch. The first theme is failure.  After reading and viewing, students will post a response on their group’s blog.  Later, they will have to find a point made by classmate that they agree with –and extend it with a different idea or example.  They will also have to find an idea they would like to refute, again with evidence.  It’s an assignment I look forward to every year.  The set up takes a bit of time, but it is certainly time well spent.  I can’t wait for the debate to begin!

As much as I sometimes curse my students’ addiction to technology, it certainly can be a useful tool for their learning.  I’d love to hear any of your ideas for using technology in your classroom.  Please feel free to share in the comments section below!