Recently, I switched over from wordpress, and I’ve decided to do a series of my favourite posts from my old blog there.  Here’s one from this last September: 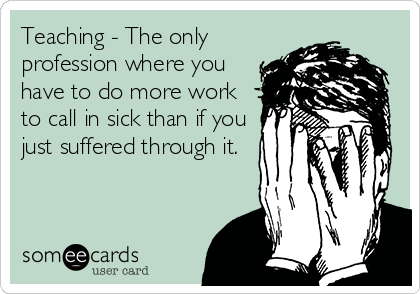 So, it only took three weeks.  Monday morning I woke up with a terrible cold/flu and I ended up missing three days.  For three days I attempted to come up with meaningful things my students could do, something that can be hard at the best of times, but even more so at this time of year when I’m still working on establishing skills and habits I want them to use all semester.  I managed, except for one thing.  My international baccalaureate class had passed in a writing assignment for The Merchant of Venice that my sub sent home to me, because I wanted mark it.  I did want to mark it because it is a building block, something I need to give them feedback on before we move on.  But I just couldn’t do it.  My head was too full, and I was too achy, for me to concentrate on their work.  We all know it’s not fair to mark something when you’re in such a state.
I arrived at a solution that I first thought was just an easy way out of my dilemma.  On further thought, however, I decided that it was the perfect opportunity to do some formative assessment that puts the responsibility squarely on their shoulders, not mine.  Here’s what I did:
I had an exemplar written for that paragraph, so I made up a sheet  that had the paragraph and a checklist for what I expected the paragraph to contain.  You can see it  here: Portia Paragraph Assessment.    I passed it out to the students, along with their pieces of writing.  I asked them to compare the two and then check off what they did correctly in their paragraphs.  After that, they had to write a short note on the bottom of their writing that told me what they need to do to improve.
The reason I think this was a good way to go was not just because of my still fuzzy head, but because I think I stumbled accidentally on a good practice.  My experience has been, sadly, that many students don’t read the feedback I give them; they are only interested if there is a mark.  This way, I gave them a model and had them do their own assessment of how their work matched up.  It forced them to reflect on their writing in a way that my scribbles in the margin may not.
When they had finished, I tested my theory by asking them which method they learned more from–my usual feedback or this new way.  They were unanimous in saying that they did more thinking and learning with the self-assessment.  Of course, they made it clear that they still want mine, and they will get it, but I will certainly use this method for more formative assessment in the future.
Being sick wasn’t such a waste of time after all…